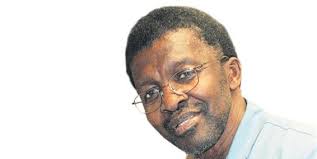 Dr. Raul Cuero was one of 10 children born in abject poverty in Buenaventura, Colombia, to parents who could not read and write.

Lacking books, he indulged his curiosity, by investigating the creatures around him. “I played with roaches, lizards and plants,” recalls Cuero, a microbiologist at Prairie View A&M University in Texas. “It was wonderful. They were nay real medium to enter into the wonderful world of discovery of the unknown. Everybody needs to have a medium in order to have passion, then become an inventor.”

Today, Cuero has 11 inventions to his credit. His most recent finding is a breakthrough discovery of an agent that naturally blocks ultraviolet (UV) radiation to prevent skin cancer.

An academic scholarship from the Rockefeller Foundation started Cuero on his path to becoming an accomplished inventor. In his third year studying biology at Universidad del Valle in Colombia, Cuero impressed a visiting professor, Percy Lilly, with his independent research on plant-growth patterns in a tropical environment. Lilly secured a scholarship for Cuero to attend Heidelberg College in Tiffin, Ohio, where he taught.

Cuero went on to earn a master’s from The Ohio State University and a doctorate from the University of Strathclyde in the United Kingdom. He has been a researcher at historically Black Prairie View for 18 years. Cuero says all of his investigations stem from experiences in his life, his attempt to solve health or environmental problems.

His upbringing in Buenaventura during the 1950s, when more than 40 percent of the children in his town died from diseases such as tuberculosis, malaria and other epidemics, continues to serve as a source of inspiration.

The patent-pending UV blocker follows several Cuero discoveries, including a process to clean up oil spills easier. The UV study began with his research about biogenesis on Mars. Funded by NASA, Cuero’s discovery will provide protection to astronauts from radiation while on space trips.

“What I’ve discovered is a natural molecule from a nonpathogenic [noninfectious bacteria],” says Cuero, who worked on the project with Dr. David S. McKay, a chief scientist for astrobiology at the Johnson Space Center in Houston “I got that through the process. which took 10 years.”

The natural compound discovered in the bacteria stays on the skin longer and blocks UV rays longer than commercially sold UV blockers. According to the American Cancer Society, most of the more than 1 million cases of nonmelanoma skin cancer diagnosed yearly in the U.S. are considered sun-related. The next step is to develop a method for mass production of the natural blocker, which can be formulated into a liquid, powder or cream, and bring the compound to market.

Says Blake Petty with the Texas A&M University Office of Technology Commercialization about Cuero: “He is a champion of our efforts to translate academic excellence into marketplace products benefiting the public at large and we are anxious to assess the commercial potential for his work in the UV protection.”

Cuero has won numerous awards, including the 2008 Texas A&M University Invention Patented Award. In 2004, he was the recipient of the High Colombian Honor for his outstanding contribution to science through his inventions. Cuero says he hopes to instill creativity in the minds of his students at Prairie View and the high school inventors involved in his international Park of Creativity program.

“I realize after knowing the world and making discoveries that the horizon is in mind,” he says. “That’s what I want to [tell] my students. I found creativity is the only way to survive. When you do something that benefits people, you feel happy.”